This post may contain affiliate links, which means I’ll receive a commission if you purchase through my links, at no extra cost to you. Please read the full disclosure for more information.

Reality was sitting in. I’d have to figure out how to overcome loneliness as a mom, again.

It was a normal Wednesday, at least a new normal, and I was on a Zoom call with some friends. I was able to hold myself together…but eventually I couldn’t stop the tears.

It was my final meeting with my moms group for the year. We weren’t able to meet with one another, so we had a Zoom call instead. For the past five years I had developed and invested in this circle of friends.

They were “My People”.

But for a number of reasons, the time has come for me to move on. As a backstory, we moved to a new town last year, but because these friendships were so important to me, I drove over an hour to meet with these woman bi–weekly.

I’ve been here before.

You’d think I’d get better at it or that it would be easier. But each time it has been incredibly difficult for me. Even as I write, the tears are still streaming down my face.

What is the main cause of loneliness?

The main reason that we feel lonely is because we have a deep desire to be known and loved. And this can happen on a variety of different levels—with our husband, our kids, and our extended families. But there’s something incredibly powerful when you have a group of women that just “get you”, know what you’re going through, and walk alongside you in everyday life.

Everyone experiences loss of friendship either by life changes or even death—you know what it feels like. It’s like something from your soul has been ripped out and you’re scrambling to figure out how and when you’ll actually be able to overcome loneliness.

But, because I’ve tasted sweet friendship with “My people” I also know that I can find deep friendships again. This time around I have the option to continue some of those friendships and it will take intentionality and work.

Things will change, but it has been an important lesson for me to learn that friendships grow, shift, and change—and sometimes dissolve. And that’s okay.

What is the cure to loneliness?

Because I’ve experienced this loss of friendship before—when I got married, when we had our first child, when we changed churches, and each time we’ve moved—I know how to overcome loneliness. It’s not easy.

In fact, honestly, I really hate having to do this over and over again. I know I’ve said that already, but maybe, I’ve had to experience this loss over and over again to encourage you that you can overcome loneliness too. And the truth is—you need to find your people. You need to make friends.

That’s really easy for somebody else, right?

Believe me. I’m with you. Whenever I get in this place I always think,

“Where am I going to find My People? And when I do, it’s never going to be the same.”

First off, I’m an introvert and although most people would call me an extrovert, it takes me awhile to develop deep friendships. In each of the previous times I’ve experienced loss of friendship, it has taken me nearly two years to finally develop what I would call my friends who are My People.

I know that may sound discouraging to you, but hear me out. It doesn’t really have anything to do with you or me personally, it’s actually normal. Making friends takes time.

In a recent article from Today talking about how long it takes to make a friend they say that,

That is a lot of time. And as a mom, it takes a long time to bank those hours. Because let’s face it, if there’s anything that we feel like we don’t have enough of as a mom—it’s time.

There’s some key things that have helped me in the past—things to look for in a friend that have really helped me overcome loneliness—and it will be a process. But like I always say, if nothing changes, nothing changes. And to be honest, there is an alternative that loneliness often delivers if you don’t do anything—death.

Can you really die from loneliness?

While at first glance, you might think this headline to be a little far reaching. But, it’s really important that we talk about it in context of how to overcome loneliness in motherhood. As Parents has recently noted, we need to talk about the rising trend of suicide in new moms.

As I’ve already mentioned, the way to overcome loneliness is to find friends, your people, or your tribe. And this is why.

Parents goes on to say that according to,

“Research published by JAMA Psychiatry in 2013 found suicide is the second leading cause of mortality in postpartum women in the United States.”

While there’s many questions left unanswered they’ve been able to determine some common factors for those who are at risk “A woman without the ‘village’ and means it takes to raise a child may feel increasingly overwhelmed and isolated, a common thought in many suicidal individuals.”

According to the Centers for Disease Control (CDC) approximately 1 in 9 women experience postpartum depressive symptoms.

And while postpartum is typically said to impact mothers within the first year of childbirth, I don’t think that we should only focus on new moms as those at risk.

Honestly there have been several times when I’ve felt the loneliness in motherhood—when I’ve been without my tribe—that I too have had suicidal thoughts. Typically, those thoughts aren’t on–going, but I’ve had them.

While I’ve never taken action on those thoughts physically—those thoughts have really impacted me emotionally. I’ve often felt like a failure as a mom, felt like I’ve lost myself in motherhood so much that I felt like I was dying on the inside.

While loneliness isn’t something that we think of as a cause of death, I really think that should view it as a bigger risk to us as moms than we do right now. And that makes our efforts to overcome loneliness—by finding friends—even more important.

In closing, I want you to know something else that is really key for you to understand. I’ve made lots of friendships, but there’s really one friend I rely on the most and one group of friends that I call my people. It’s actually something that I’ve learned a lot more about—it’s really what God thinks about loneliness too.

What does God think about loneliness?

When considering what God thinks about loneliness, we could certainly say that He thinks a lot about it. In Open Bible alone, it lists well over 100 verses on loneliness. And while listing verses here might be something you find helpful, I think we can really learn a lot more about how to overcome loneliness from Jesus’ life example.

In Jesus’ ministry on earth, he made a lot of friendships. He befriended people wherever he went, and often those who were less than desirable friendships—like tax collectors and prostitutes.

Even in Jesus’ most difficult time he asked his friends to watch and pray—but they failed him (Matthew 26:36-46) and he knew that they would. But, there was one friendship that he always turned to—his relationship with God the Father. Through the work of Jesus Christ on the cross, with God, we are never alone.

Taking this all in, there’s four things we can learn about how to overcome loneliness with community and friendship.

1. Have a relationship with God that is growing daily.

2. Develop close relationships with a few (2 to 3) friends.

4. Keep your friendship circle open. What exactly does that mean?

Be willing to befriend lots of people.

That doesn’t mean everyone is going to be your bestie. But, you never know what friendships will be the ones you need for the future. Or that friendship might just be the connection that brings the best friendships to you. That’s how I met my husband.

When I was single, my friend group befriended a guy—who honestly I didn’t like him at all. Which was really uncommon for me. He really got on my nerves and his personality brought the worst out in me. I didn’t like it. But that guy knew my husband and invited him to join our friend group.

If I had removed myself from my friend group, or closed my friendship circle by avoiding that guy altogether, it’s possible that I would never have met my husband.

I covered a lot today about how to overcome loneliness in motherhood. I know, it’s a lot to take in, but in writing this, I also needed to help remind myself about what I know to do when I feel loneliness creeping in.

As I go through yet another season of finding my people, I too needed to be encouraged that I’ve done this before and I can do it again. And it will be challenging but good. And no matter what, even when I feel like I’m alone, I’m never alone. God is always with me.

If you or someone you know is having thoughts of suicide, call the National Suicide Prevention Lifeline at 1-800-273-8255. The Crisis Text Line provides free, 24-hour support. For help, text HOME to 741-741 for free. 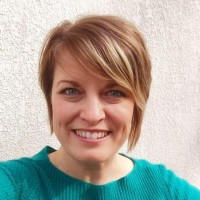 Sonya Rottman has been a writer for 18 years. After becoming a mom, she decided to focus primarily on her family. But she discovered she wasn't good at being a homemaker. She had to learn how to overcome the overwhelm. And, that's why she's passionate about helping moms be a just right mom—by knowing what, when, and how to do all.the.things. She lives in Michigan with her husband Joel, and son Sebastian.

As a mom there’s so much to do…

And it feels like there’s never enough time to get it all done. It becomes a battle of priorities—what to do and when to do it.  The 5 Things Great Moms Get RIGHT Guide removes the overwhelm you feel by giving you a blueprint for life’s priorities. Get Your FREE copy by clicking the link.

5 THINGS GREAT MOMS GET RIGHT PDF
« Do You Have a Proactive or Reactive Faith?
6 Things to Look For in a Friend [and Where to Find Friends] »

My passion is to help you find simple, practical solutions for making motherhood meaningful. Find out more about what we do HERE. 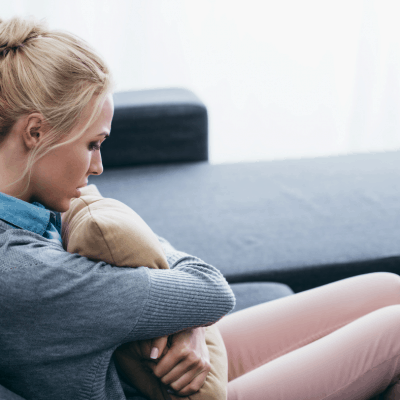 4 Ways to Find Relief as an Overwhelmed Mom 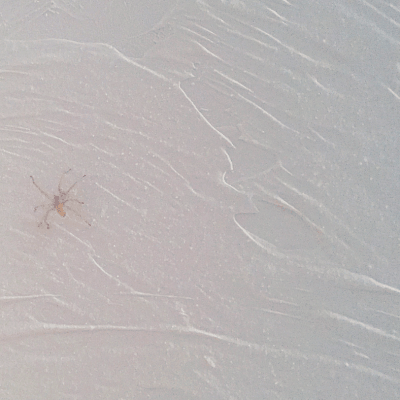 How To Overcome Fear When It Won't Go Away 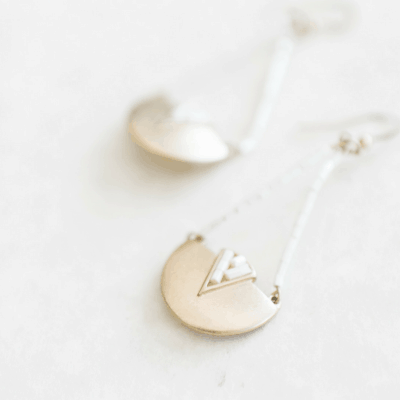 10 Ways To Enjoy Being a Mom 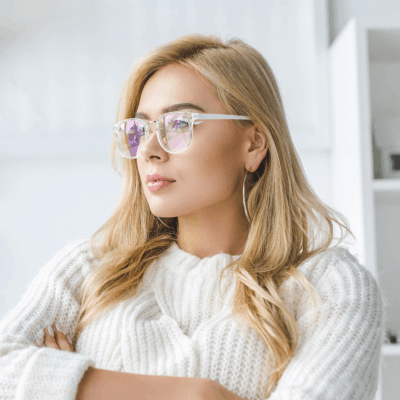 How to be Fearless When You Face the Unknown

This website is a participant in the Amazon Services LLC Associates Program, an affiliate advertising program designed to provide a means for sites to earn advertising fees by advertising and linking to Amazon.com.